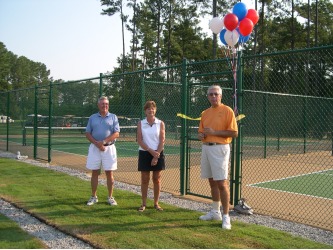 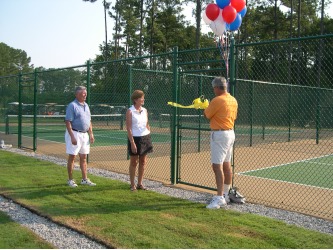 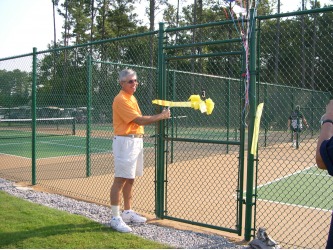 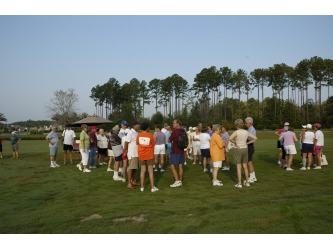 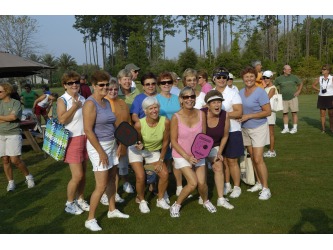 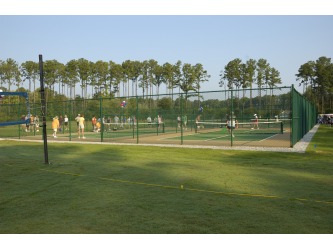 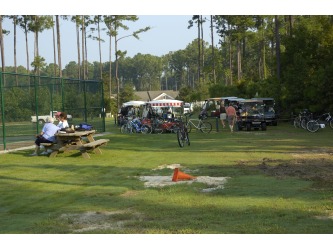 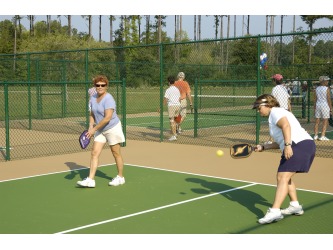 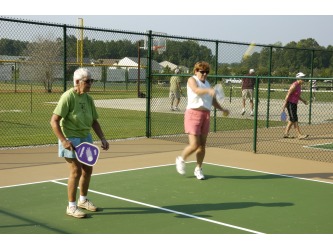 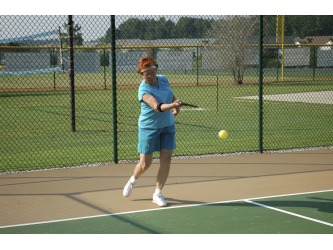 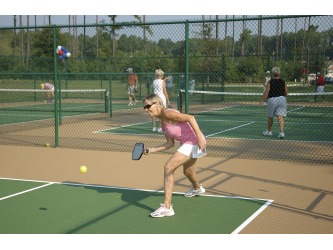 In the Fall of 2007 the Pickleball Club submitted our membership signed petition to the Community Association Board requesting  correction for the three Pulte Homes built pickleball courts down the left field line of the softball field in the New River Sports Park.  Our concerns were the courts were built in an unsafe location, were poorly constructed as hydrostatic pressure was pushing water up through the concrete and cracking the courts leaving them wet and slippery plus the courts were built to the wrong court specifications not allowing for the proper playing space behind the baseline.  One can still view them today.

So the Community Association Board said they were left with no alternative but to shutdown the courts since we had now made the issues public knowledge.

So two temporary courts were setup in the parking lot at the yet to be occupied Palmetto Commons in late 2007.  The Community Association Board also decided that the SCHH Community monies would be spent, rather than Pulte Homes monies, to properly build 4 new pickleball courts in a safe spot in the New River Sports Park.  One unhappy neighbor did not like the pickleball play and one night stole our two temporary nets, so we had to put up orange plastic construction fence to use as nets until the new courts opened on August 26, 2008. 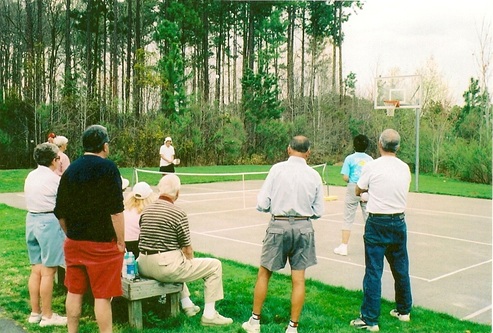 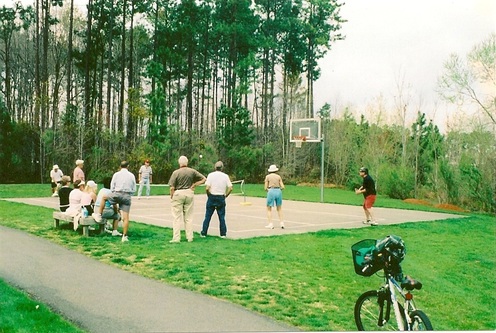